KARMA is unforgiving and always gets payback ◊ ◊ ◊ ◊ (NOT ANY LONGER AVAILABLE, THANK YOU) 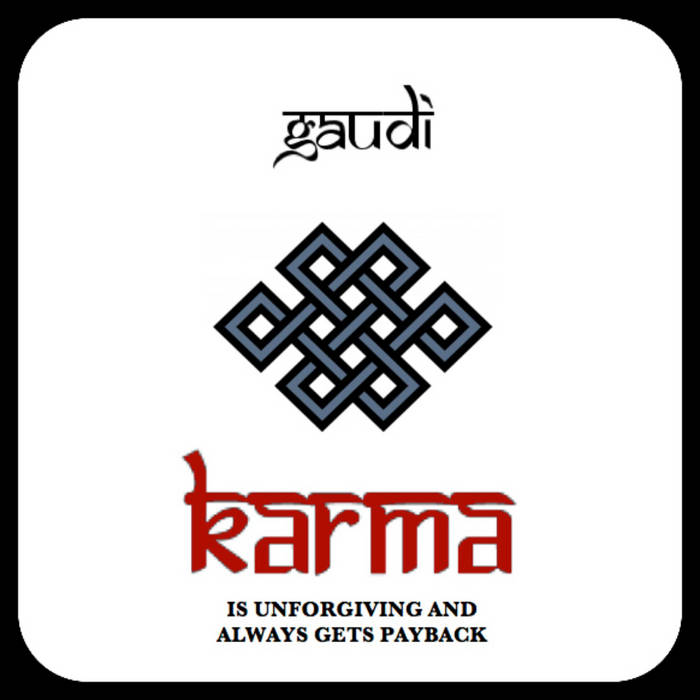 Jeremy Clarke I bought this blind - I love what Gaudi does, this release is only available for a short time. He's just had some sad news. Go to the page, read, listen, and if you think this worth supporting, buy.

Cranky Rabbit It was a pleasure to help a fellow artist out, and while it is no longer available, at least you can still listen to it - a fine intro to his dubby, ethnic style.

Gwyn David Spread the word, many people need to own this! I sincerely hope the people who robbed you get some instant karma. Big Love and respect for all the wonderful music over the years
more...

THANKS EVERYONE FOR YOUR SUPPORT,
THIS COMPILATION WAS HERE ON BANDCAMP FOR ONLY 72 HOURS AND NOT ANY LONGER AVAILABLE.
ONE LOVE

Last Saturday I was victim of a very heavy theft when thieves stole equipment and personal belongings at the front door of my recording studio.
All in, they took my computer, iPhone 11, passport, headphones noise-canceling, 2TB solid-state hard drive full of my productions (some unreleased yet), all memory sticks, prescription glasses, wallet and money, my asthma inhaler, clothing, computer charger, iphone charger …  lots of stuff really!
The hard-drive contained ......... oh gosh, lets leave it.

My management Feel Life Music and record label has suggested and helped to create this compilation of some of my finest productions and remixes (including a few unreleased tracks) as a way to raise some funds in order to replace some of the stolen items and to buy the equipment necessary for me to get back in the studio asap.

‡‡‡ KARMA IS UNFORGIVING AND ALWAYS GETS PAYBACK ‡‡‡

7) Gaudi - Filling The Void
Written and produced by Gaudi.
Taken from the AV album ‘Everlasting’ by Gaudi
Iboga Records 2012

13) Gaudi - Would U Believe
Written by Randy California.
Original song by SPIRIT, from the album ‘Future Games, A Magical Kahauna Dream’.
Cover version produced by Gaudi 2021

If you like KARMA is unforgiving and always gets payback ◊ ◊ ◊ ◊ (NOT ANY LONGER AVAILABLE, THANK YOU), you may also like: